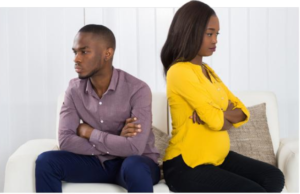 One of the questions many people ask about victims of violence is-why is it so hard for them to leave an abusive relationship? This is because most violent relationships usually do not begin with violence. But like normal, healthy couples, they begin with romance. “The emotional impact from women’s point of view is that the abuse does not only happen on the physical side but also on the emotional side as well. Once a person has been isolated from family and friends, now they are only dependent on their lovers,” explains social worker Noluthando Moyana.

A Cycle of violence

The cycle of violence is a model developed to explain the complexity and co-existence of abuse with loving behaviours.”A cycle of violence is like when a man meets a woman who likes weaves, then they fall in love. Then one day the man says something like, ‘but you are beautiful without a weave. I love you with your natural hair.’ Then when he calls you on your phone he often asks, where are you? This way he will be limiting her interactions with other people,” says Moyana.”He will say he doesn’t like your friend Pinky because when you are with her you always comeback late. Or he doesn’t like her because she seems to like men. And he doesn’t want people to call you on your phone,” she continues.”Then he will start to be verbally abusive towards you. Telling you that the pants you wear are not appropriate for a married woman. Then a woman will start wearing long dresses that she can’t relate to.” Moyana says from there physical abuse begins.

Moyana says it’s hard for victims of violence to leave the abusive relationship because they have become emotionally powerless.” So because they are emotionally powerless they need to attend sessions that will enable them to do some self-reflection,” she says. One of the questions victims of abuse ask themselves is: “As much as you have been with this man for ten years, are you still with him because you still love him or you are with him because people know you as his wife?”Moyana says emotionally empowering victims of violence is crucial as it assists them to be rational. “The rational part will say, there are things that are within my control; I have control over what I feed my mind, over my behaviour; I have control over my decision making and over who I allow to come into my life. As much as I love this man, I don’t have control over his behaviour, his decision making and his thoughts,” explains Moyana. Are you a victim of abuse?