Netball In Tembisa Has A Bright Future 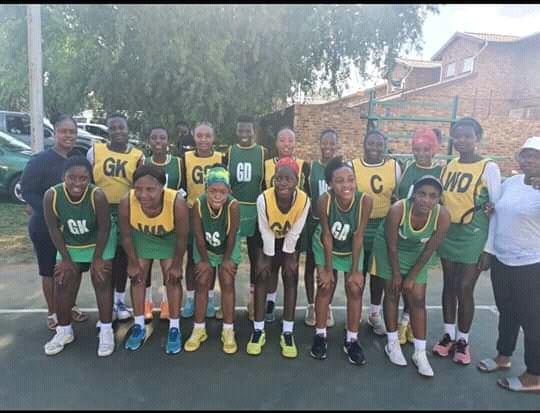 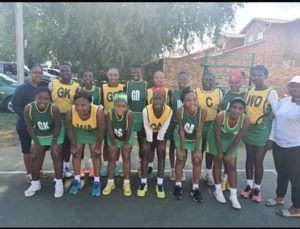 Over the past three years, the popularity of netball has been increasing steadily in Tembisa. Theodora Ndlovu or “Theo” as she is affectionately known has been instrumental in making sure netball is accessible to teenage girls in Tembisa. Upon noticing that most young girls in Tembisawere not participating in any sports activities, she decided to start her own team. Ndlovu’s team super Gals Netball Club is made up of four divisions: an under 13 division, under 15, under 17and the seniors. “I have noticed that you’re likely to find girls roaming the streets because they don’t know what to do with themselves. I asked my daughter to round up a few girls from our street. Then we sat down and had a pep-talk. We haven’t looked back ever since,” Ndlovurecalls. But there was a challenge awaiting Ndlovu and her team: the only netball tournaments in Tembisa were gambling games. “I observed and said this is not good for them because they’re still young.

Besides, gambling exposed them to violence and alcohol,” she says. A year later, Ndlovu decided to start what would become the first and the only netball league in Tembisa with just only four teams. Later, someone suggested that she approach the EkurhuleniNetball Association (ENA). In January 2017, she launched a formal league which is affiliated with ENA. The same year Super Gals won the Tembisa Netball Association league. “We were fortunate to be sponsored with trophies by a guy who works at Capitec. The Department of sports gave us netball kits. Fast forward to2019, some of my players represented Ekurhuleni nationally!” says Ndlovu. The outbreak of the Covid-19 has adversely affected all sports all around the world, and Ndlovu’s team was not excluded. As a result, some of the activities planned for advancing the netball game were suspended. One such activity is a tournament held every June which is a community drive to urge the community to donate sanitary towels. All donated sanitary towels are then handed over to needy young girls.” In 2019 we had that tournament and it was successful. Unfortunately, the tournament couldn’t be hosted this year due to Covid-19,” she says.

Ndlovu says while all Super Gals players are outstanding, Tshogofatso Manamela is one of the most disciplined and promising players in her team. ” I started with her when she was only 9years old. This year she is 15, and I think she has a bright future ahead of her. In 2017 she was nominated as one of the best players for a district tournament. And she was only 13 at the time,” she reveals.”Parents don’t support girls when it comes to sports. I would like to ask them to support their children. We need to remember that children who are active in sports tend to excel academically as well,” she urges