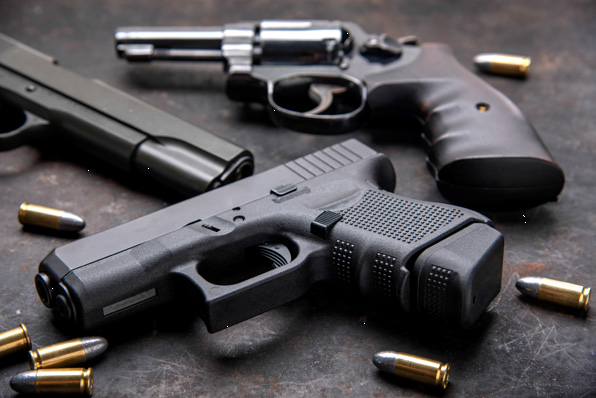 A 47 year old man from Ivory Park’s Extension 07, on parole since 2016, is due to appear in the Tembisa Magistrate’s Court for illegally possessing two firearms, police and military uniforms and other law enforcement paraphernalia.

Law enforcement officers consisting of staff from the department of community safety and the local police officers received information about the man’s illegal possessions. Once they arrived at the address on Friday evening they found a man whose appearance perfectly suited the description given to them. Following short introductions the man was, after he granted the officers permission, searched. He was found in possession of a handgun concealed on his body, and another one in a bag he was carrying. The bag also contained hand gloves.

Inside his place the officers found an SANDF and police issued bullet vests, uniform and other paraphernalia such as blue light, radio and handcuffs. He had no license to possess the two firearms, the seven rounds of live ammunition and had no authority or basis for possession of the uniform.

Brigadier David Mbongeni Ngcobo, the Station Commander of the Ivory Park SAPS, has welcomed the arrest, the recovery of the said items and has taken his hat off for the local community for continuously coming forward with positive information.

“Had it not being for you, the law abiding citizens of Ivory Park, this man could have gone on to be a source of misery and trauma to innocent people out there. We, both my management and other staff members, want to thank you profusely for your valuable information, which we promise to act on as soon as something has been brought to our attention,” said Brigadier Ngcobo.

It is worth pointing out that this suspect had been in jail for more than seven years after he was convicted of car theft and attempted murder. He is still on parole.