The Kota has not fallen in Clayville! 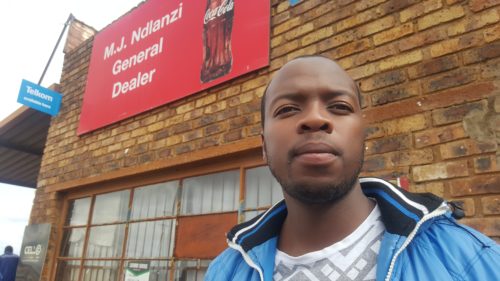 Minister of Health, Dr. Aaron Motsoaledi, delivered a disturbing statement recently when he asked South Africans to remove different types of ready-to-eat processed meat products from their fridges including polony, viennas and sausages.

This followed an outbreak of listeriosis, a deadly disease that spreads through food. The department pointed to Rainbow Chicken and an Enterprise factory in Limpopo as the source of the recent cases of listeriosis. These findings sent shockwaves across the country and neighbouring states leading to people getting worried about what they eat.

Among the types of food that caused fear was the famous township Kota, a quarter of bread that gets filled with potato chips, viennas, polony and russian. This is very popular as a daily meal and mainly sold in townships.

The listeria outbreak led to local people buying less and less of the Kota while many predicted the end of the Kota as we know it. But, Clayville entrepreneur Simphiwe Ndlanzi, who oversees a family business, MJ Ndlanzi General Dealer paints a different picture. Ndlanzi , who resides in Extension 26 told The Olifants Newspaper that the sales had dropped immediately after the announcement but fortunately went back up again. “Indeed people have been buying less of the Kota for the past two weeks but since yesterday they are buying again. The thing is, we have not been not stocking any of the Enterprise products anyway. We have always used a different supplier,” said Ndlanzi.

Clayville resident, Joshua Ndlovu of Extension 26, says he has been buying Kota and chips from MJ Ndlanzi General Dealer and has never experienced anything awkward but he remains cautious about Enterprise polony and viennas. “For now I am still avoiding anything that may carry the deadly disease but I will consider at a later stage as I really enjoy my Kota especially the one with Russian,”says Ndlovu.

Sadly, this comes at a time when government is trying to encourage township economic development. On average Ndlanzi sells about 150 Kotas per day and the Kota sales help the family business.

1 thought on “The Kota has not fallen in Clayville!”