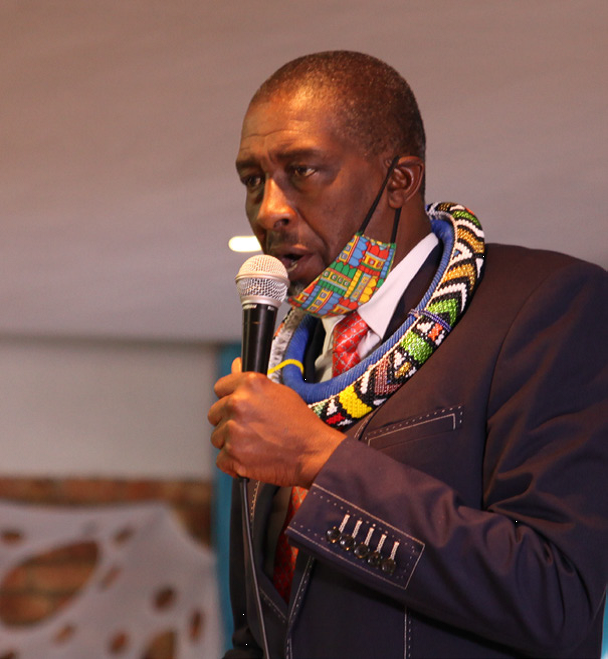 The Tembisa-based royal house of AmaNdebele akwa Ndzunza Mabhoko, the Royal House of Macingwane II, held an inauguration of its company MD Masilela Group on Saturday. The event saw local representatives from different sections of Tembisa and Faith Based Organisations attend. Throughout the event the level 3 regulations were observed.

“For the past three months we faced a challenging period as a country because of this COVID-19 pandemic. I am taking precautions, but I still need to serve my people. My vision is to create a healthy community system that will create self-sustainability, towards the development of our community” said Chief Macingwane II.

The chief has spent nearly a year building the royal house company. “We started building it from the 24th of June last year. So this means there is progress and there is something that will alleviate poverty and help our local leaders,” he said.

“Chief Macingwane II approached us in June last year,” revealed Patrick Moraka, founder of Pheme Consulting who also handles the stakeholder management for the Mall of Tembisa. “After having seen some of the work that we do particularly involving the Mall of Tembisa. So he then told us he needs our help to modernise his chieftaincy and formalise some of the operations. That’s how we got started,” he continued.

“Today is the day when he takes the members and appoint them in positions created since we started last year,” Moraka revealed.

Moraka said the royal house is structured into two. The first is the house that has royal leadership, the other side is the business of the chief that is under the company MD Masilela Group. “Of the 34 people that he appointed today is the 17 who are going to run MD Masilela Group, and the other 17 are people that will be working with him in his cabinet,” he explained.

He said the other people the chief hasn’t mentioned today are the elders who will continue playing a crucial role in the royal house.

“He still works with the elders. What attracted me about this project is when Chief Macingwane said do you know that in 1994 South Africa was supposed to be a United Kingdom of South Africa. South Africa was made up of Kingdoms before apartheid,” Moraka said.

Chief Macingwane II has a great vision for the people of Tembisa and he says this is the beginning of that vision. “We want to create jobs for our people. We want to access business opportunities and create wealth for our children,” said Chief Macingwane.