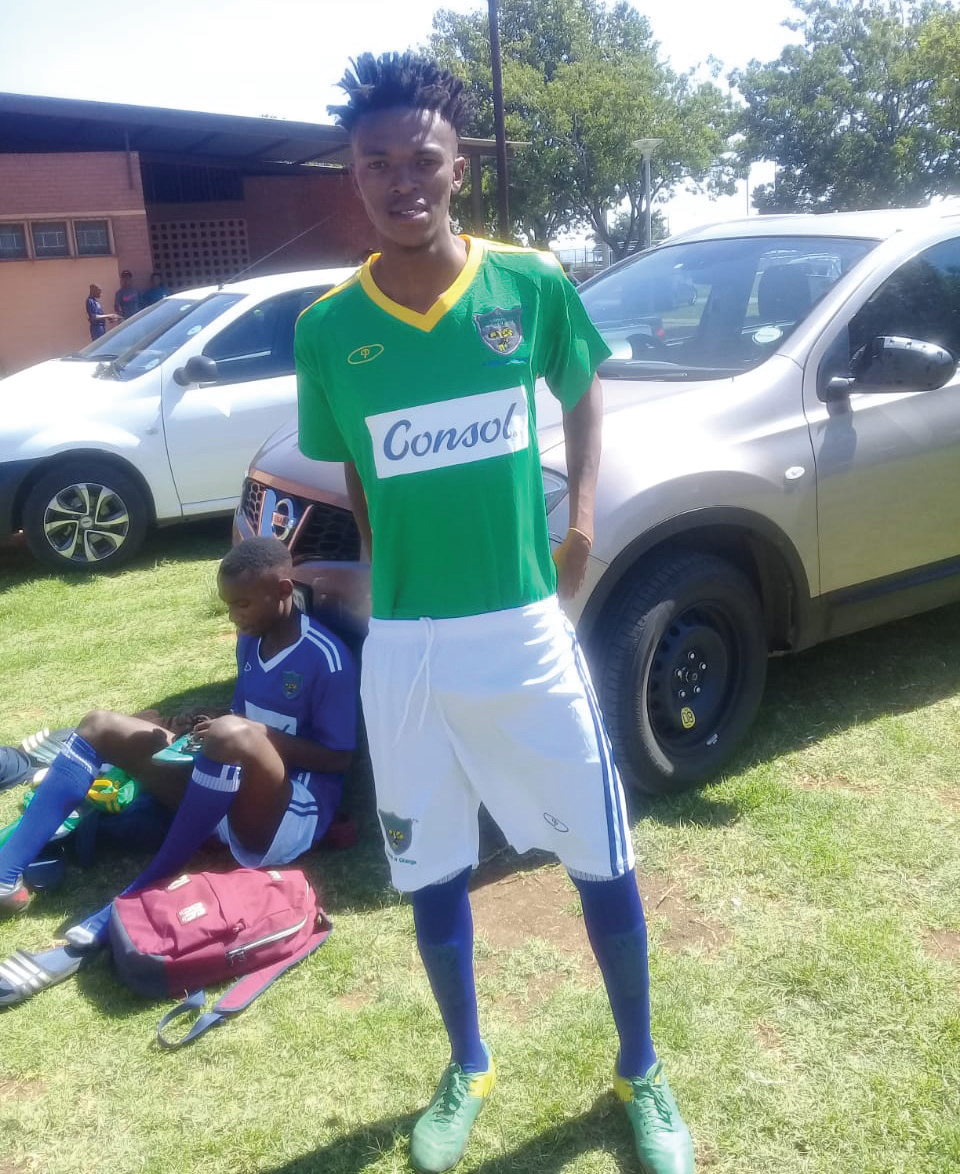 There are plenty of promising players in Tembisa who are eligible to play for big teams locally or overseas. One of those players is 21 year old Koketso Mokobo who currently plays for Tembisa FC. Koketso has been to several open trials but his talent was not noticed. It seems soccer teams cannot notice what a great right winger he is.

“The last trial I have been to was last December. I got knocked out on the final trials. I was not happy with that outcome, but I have hope that next time I will go through,” he says. Koketso says he has been playing soccer for the past eleven years. “Soccer keeps me away from things like smoking and many other wrong things young people do in the townships. I love it because it keeps me busy,” he says Koketso’s dream is to play overseas.

The local teams he would love to play for include Kaizer Chiefs and Wits. “I wouldn’t mind playing for Orlando Pirates as well,” he reveals.
He says he looks up to players such as Siyabonga Muzwakali who plays for Sundowns under 21 competing in the MultiChoice Diski Challenge. Koketso says before playing for Sundowns, Muzwakali used to play for Tembisa United FC.

“To those soccer players who are not succeeding I would like to say they shouldn’t put more pressure on themselves. They should focus on the game and play as much as they can and the chance will come,” he says. His team is in serious need of soccer boots, soccer jerseys and other things.