YOUNG ENTREPRENEUR WITH A HEART 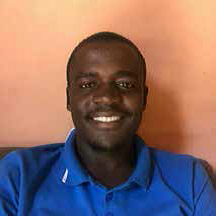 Dan Themba Chauke (29) is the founder of Rise Above Capital. He is an alumni of the United Nations Office on Sport for Development and Peace (UNOSDP) where he completed his marketing and several sports management certificates. Chauke was born and raised in Tembisa, in the Winnie Mandela section where he started volunteering in community projects at the age of 16.

In 2012, Chauke became a Youth Ambassador for Liverpool Football Club in England. While in 2014 he was Project Manager for the Pitso Mosimane Foundation. His company Rise Above Capital is geared towards helping entrepreneurs in the townships to expand their market share.

“If you have a business that generates revenue from the township and want to engage the community in terms of experience, we can help you. With some of the profit that we make we go back to lift up at least one business. That’s one of the reasons we have Tell Your Story which is a movement,” Chauke told The Olifants.

He said Tell Your Story aims to help anyone, irrespective of his background, whether you are a graphic designer or a photographer. “We make sure that they can also benefit so we can sustain more businesses.

Chauke’s company was involved in a signature cosmetics project which allowed them to involve a young man who is good in graphics. “His project went from zero to something and right now and a lot of people know about him,” Chauke revealed.

“We also helped a group of young people who are in music. We do this because we understand that entrepreneurship is a tough journey. We try to take them from their spaces and bring them into a new environment. We share information and build a network.”

Chauke said currently there are 25 businesses under the Tell Your Story umbrella. In addition to that they are organising a conference for entrepreneurs. “The conference will start on the 16th April and end on the 19th April. It will be held in Ballito in Durban.” Chauke said.

“The conference costs R4000, however my company will pay R2000 and entrepreneurs are expected to pay the other R2000. We are going to use a special bus for everybody who is going there. We will not take more than 25 people.”