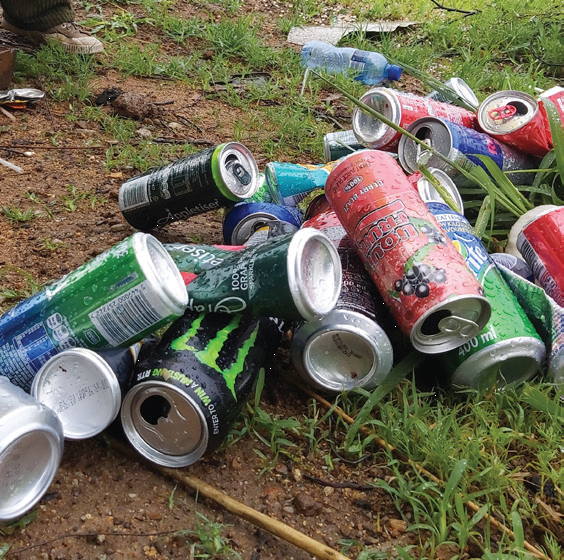 As unemployment continues to rise across the country, scrap metal dealers have increased. Caiphus Manyaka (40) is among people who are making a living out of selling scraps. Originally from Burgersfort Limpopo, Manyaka came to Johannesburg in 1998 in search of better living conditions.

It is really hard to wake up early in the morning and walk a distance pushing a trolley to get recycling items like tins, plastic bottles, and other recycling items. But this is how Manyaka today sustains himself. “I have been doing this for a long time now. There was a time when I’ll get part time jobs doing construction work but even such jobs have become scarce,” Manyaka told us. He rents a shack in Winnie Mandela Zone 10. Although he doesn’t have children but still the R30 that he makes per day by selling scraps is still not enough. Each day Manyaka has to make sure that his cans weigh an average of 5 kg so that he can earn R50. “I collect enough cans that pay me at least R70 per day. For instance, the cans that I have here today will pay me an estimated amount of R70,” says Manyaka.

What is alarming is that aluminium cans have a lifespan of over 500 years and steel cans and tins can last up to 100 years; yet another reason for them not to end up in the landfill sites.

The work done by people such as Caiphus is invaluable to our environment, because for every one ton of aluminium cans recycled, 14,000 kWh of energy is saved, 6295 litres of oil is saved and 14.5265 cubic meters of landfill space is saved.

“I sell these cans in Kalfontein at a place called Tswelopele. Sometimes the people we sell to take those cans to Midrand where they will sell them to recycling companies.” says Manyaka.

He says the only help he needs is to get a job.