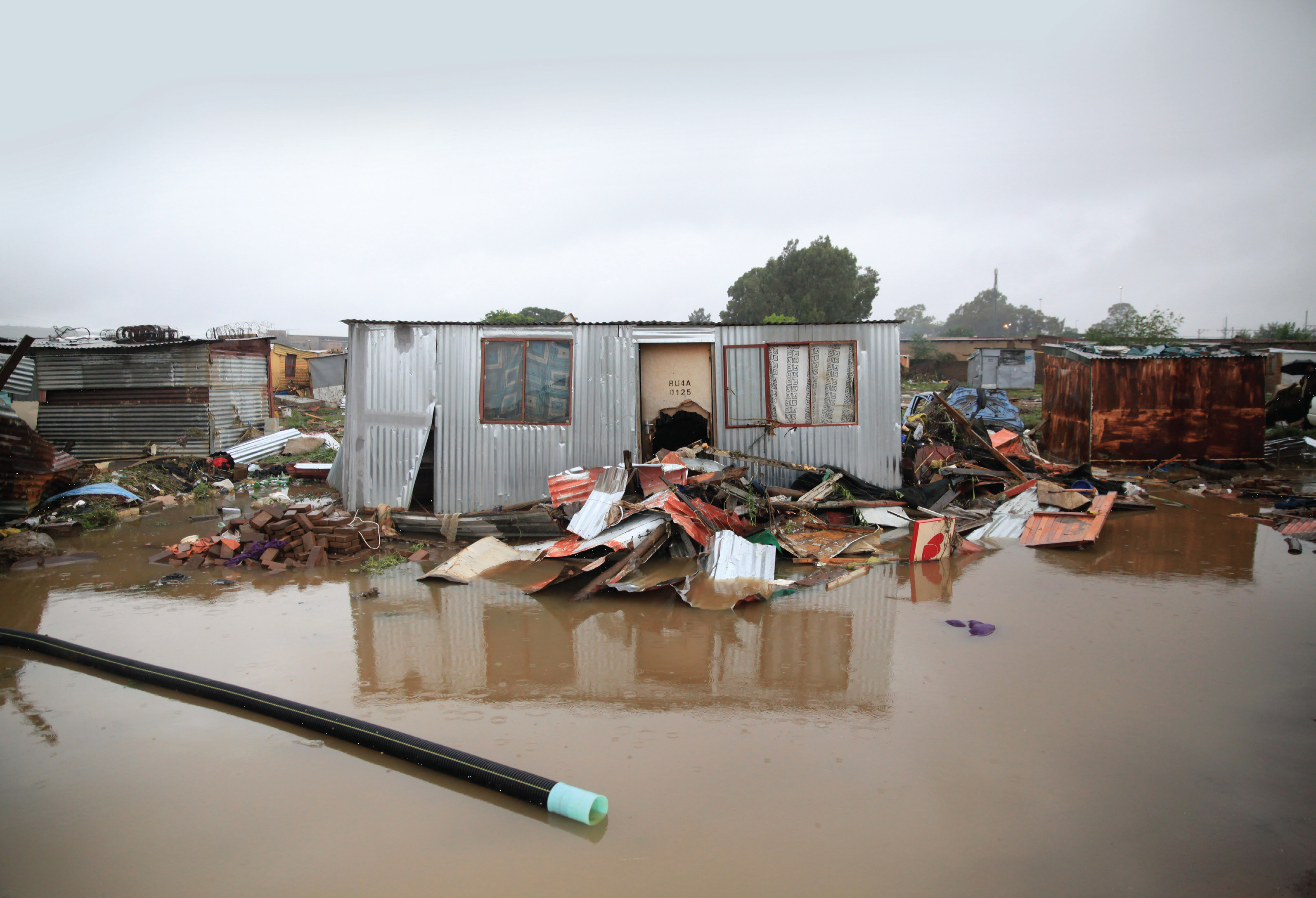 The latest bout of heavy rains has left residents of Johannesburg and Tshwane in horror.

This follows seven days of non-stop rain which led to floods that ruined many parts of the country. The damage was not only on road infrastructure but homes were destroyed while many lost their personal belongings. Anna Masemola, one of the victims moved to an informal settlement known as Buffer Lake 77 in Mamelodi four years ago.

The news came to her while she was still busy at work and she had to quickly leave to attend to the matter. “I was at work when they called and told me the water had wrecked my house. In the morning when I left everything was fine until around 12:00 after they opened those dams.” According to Masemola the local authorities opened the three dams because they were full of water as a result of the heavy rain and this is what seems to have led to the houses being washed away.

“We were fortunate that the children were at my moms as the schools are closed at the moment otherwise they could have been hurt. Currently we have a relative who has allowed us to lay our head for a little while,” says Masemola. Masemola said she will not be going to work until the ordeal was over.

She also confirmed that they had not received any help from government at the time of the interview but she plans to rebuild her shack once the weather improves. The residents had been warned not to build shacks along the banks of the Moretele river. Ward councillor Joel Kgomotso Masilela who is responsible for ward 15 says they will continue to engage the people in order to avoid incidents of this nature.