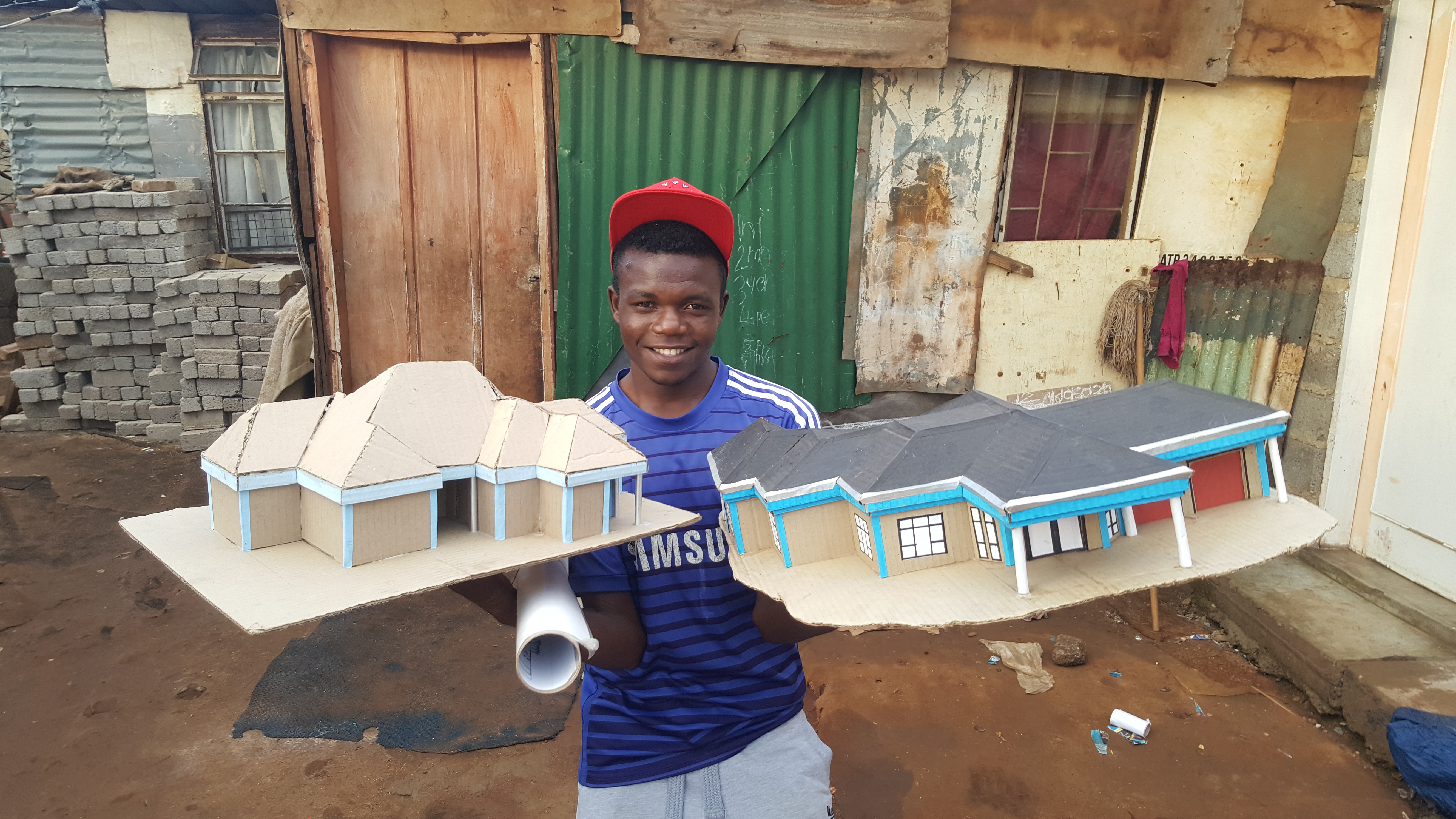 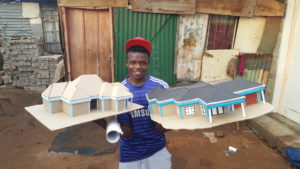 Akani Khumbani, an up-and-coming entrepreneur from Winnie Mandela Park does not believe he is a gifted young artist. He says, he merely learnt the skill of house planning from his uncle and now he is able to do it too. Yazi Beat caught up with Khumbani at his informal dwelling in Zone 6 where he proudly displayed his work and explained what he does.

While Khumbani downplays his capabilities, he still manages to leave many with a surprised look and a visible admiration for his work. “Many people like my house plans but for me it is just a skill that I have acquired. I must say, it takes a lot of time and patience to put it together as you need many things like paint, brushes, sprays and measurements,” says Khumbani.

Thabo Aphane, Khumbani’s neighbour is always fascinated by his neighbour’s talent and he hopes that one day he will become a recognised and celebrated craftsman. “Akani’s work is one of a kind. I have not seen anyone else here in Winnie Mandela Park who creates such beautiful structures,” says Aphane

Slightly different to ordinary house planning of straight forward drawings, Khumbani creates an artistic card box 3D impression of a house which affords the customer an opportunity to see the physical form of his or her house before it is fully built. Khumbani makes a living from his house plans which he sells to locals at a price tag between R200 to R500 and it takes him about a week to complete one. “The most expensive I have sold to date was R1,200, the client paid so much because he was too happy, ”says Khumbani.

The process is such that Khumbani comes up with a concept and then develops a plan based on the design. Many of his customers buy his products together with a house plan.

Asked what the future holds, Khumbani says he wants to further his education, become a successful entrepreneur and start a house planning school . “ I have always seen myself as an entrepreneur and that is where I would to see myself in a few years to come,” adds Khumbani.

If this is not talent then what is.